1000 meetings producers and distributors of fresh fruit, vegetables and flowers with retail chains

On October 27th the 11th edition of Fresh Market conference took place in the luxurious Mazurkas Hotel in Ożarów Mazowiecki. It gathered buyers from regional, national and international trade networks as well as producers and exporters of fresh fruit, vegetables and flowers and companies providing services to this industry. Preparations for this unique event in our country organized in the innovative formula of a trade center lasted several months. Significant support in its organization was provided by the general sponsor Carton Pack Global Packaging Expertise and sponsors Jan Oskam BV and Aksun.

Registration for the conference participants started at 8.00 am. During the registration, manufacturers and distributors from Poland and abroad interested in presenting their offer to buyers from retail chains collected numbered tickets entitling to individual meetings, which significantly streamlined the organization. As a result, during the 8 hours of the conference almost 1000 face-to-face meetings could take place. 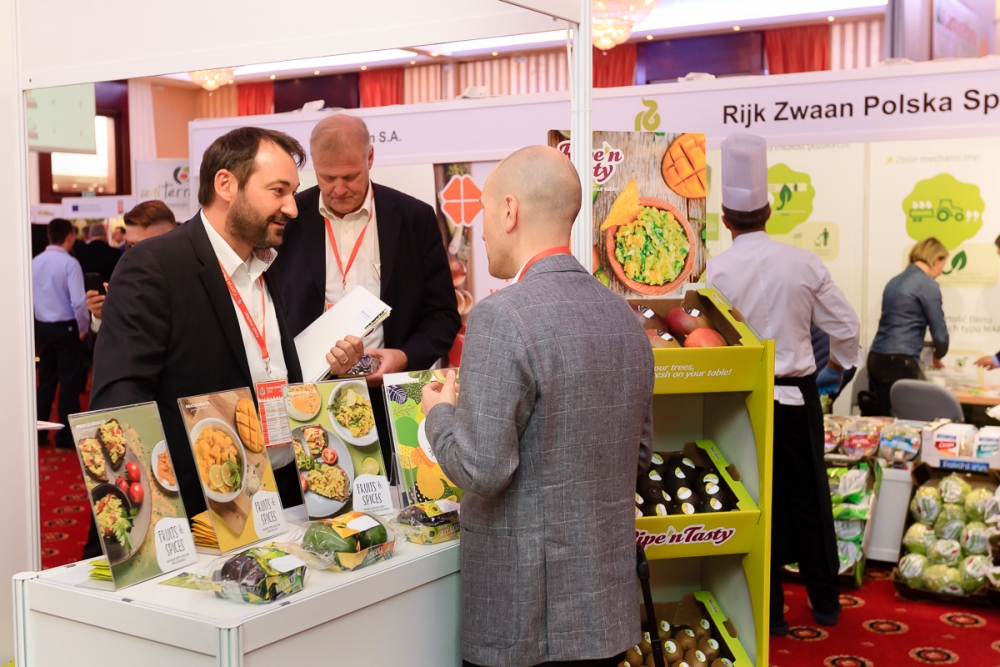 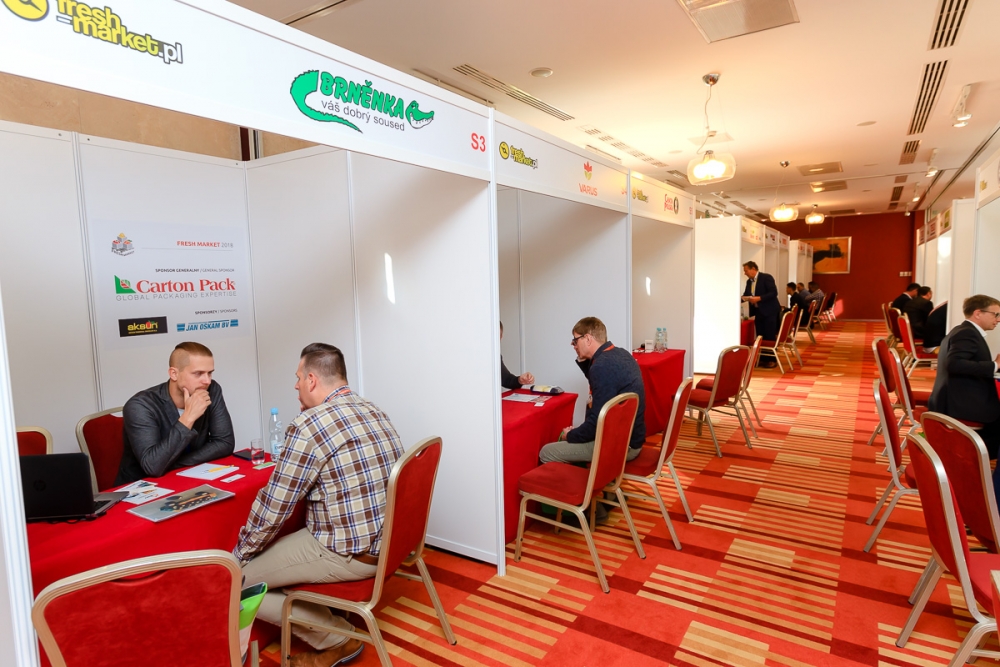 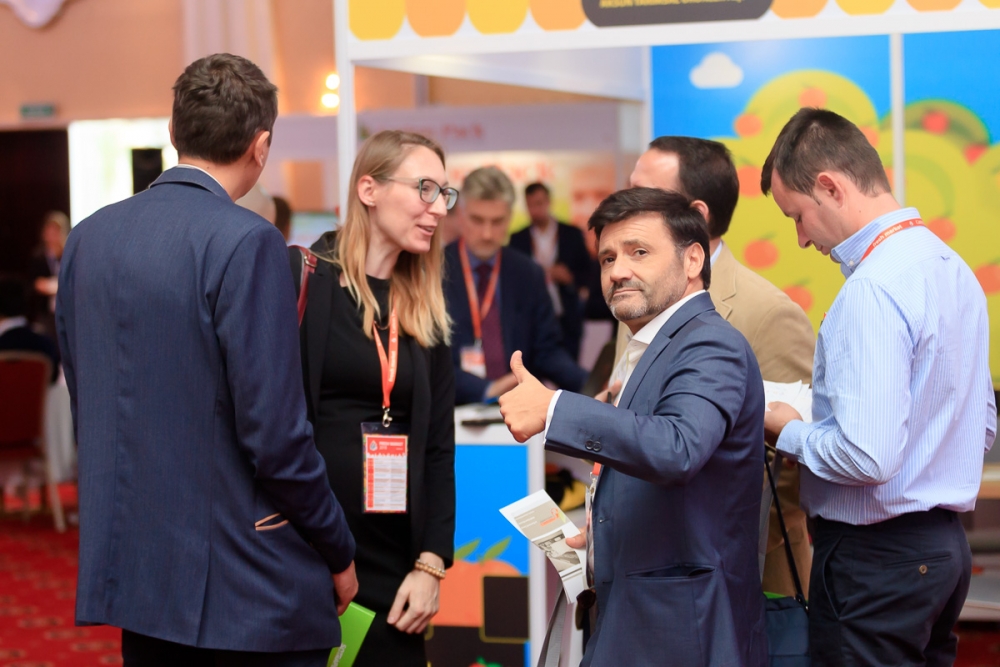 At 9.00 the representative of the organizer KJOW Sp z o.o. Artur Stasiak officially welcomed the participants, inviting the contractors to talks, and the guests to exhibitors’ stands and expert lectures and discussion panels. 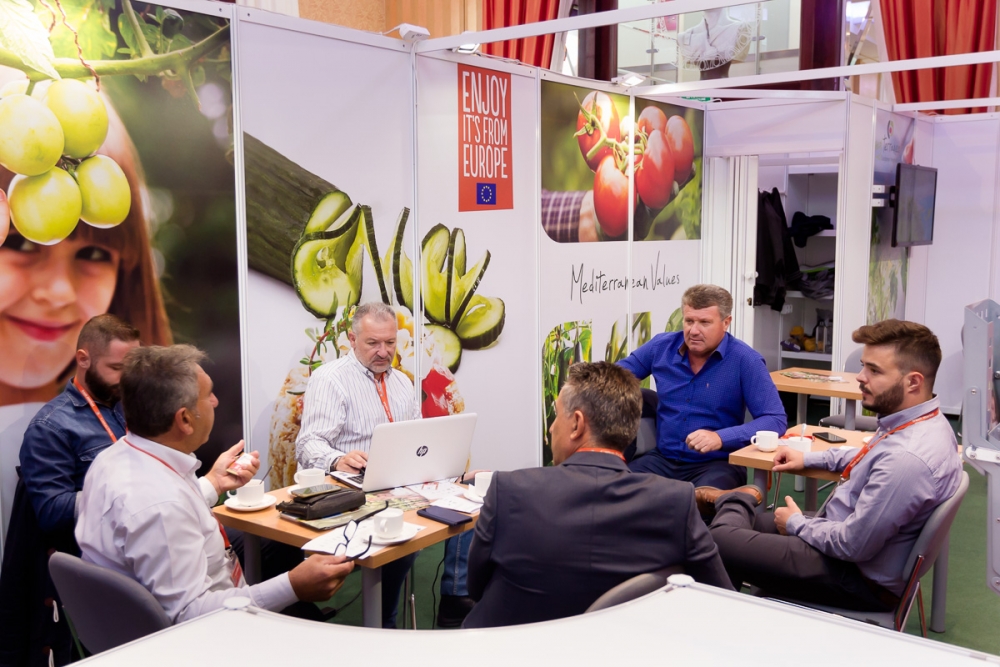 The panel on the domestic market dealt with the oversupply of fruit in Poland, the best sales channels and their commercial strategy, and consumer preferences. The panelists were Michał Kołodziejczak, Mirosław Łuska and Mirosław Maliszewski. They all agreed that the upcoming season will be one of the most difficult ones due to very high fruit production and low vegetable yields caused by the weather. Discussants drew attention to the declining consumption of fruit and vegetables. They agreed that there is no coherent campaign promoting the consumption of these products. Campaigns implemented by individual organizations and producers are not effective enough. What is needed is state aid. Panel participants also drew attention to the still difficult relationship in trade between producers and chains, including the fact that Polish suppliers of fruit and vegetables are anonymous. Polish customers are increasingly willing to buy domestic fruit and vegetables, especially if they contain brand information. Promoting Polish products should therefore be a priority.

The panel on foreign markets covered such issues as forecasts for the global production of fruit and vegetables, the most favorable markets for exporters and importers, the importance of the Polish and Eastern European market, opportunities and threats for Polish fruit and vegetable exports, food production and the Earth’s population. The participants of the conversation, Dr. Bożena Nosecka, Arkadiusz Gaik, Marek Słowiński, Charif Christian Carvajal M., focused mainly on the possibilities of exporting Polish fruit and vegetables, especially in view of the fact that the eastern direction is becoming more and more difficult. Countries such as Ukraine, Kazakhstan and Moldova, as well as Belarus are becoming not only self-sufficient but also developing their exports. The production of fruit and vegetables in Europe is shifting from the Atlantic to the East. Polish products have to look for new markets in Asia, Africa or the Middle East as a counterbalance to the blocked exports to Russia. Mr. Christian Carvajal emphasized that Chilean producers precede their entry into new markets with promotional activities. He cited as an example the entry of Chilean fruit suppliers into the Chinese market, when the promotional campaign was financed roughly 50-50 by entrepreneurs and public institutions. This method of operation means that, despite the logistical difficulties caused by distance, Chilean products are becoming more and more common, not only on the shelves of stores in Europe.

The panels devoted to new packaging solutions and technologies and promotional trends were attended by: Massimiliano Persico (Head of Marketing Carton Pack Srl.), Łukasz Drużkowski (Redpack Packaging Machinery), Mariusz Choiński (Cristóbal Meseguer S.A.), and Andrzej Ostrowicz (Polish Potato Association). They talked about the future of biodegradable or recyclable packaging, which is currently too expensive to be used. According to the opinion of Mr. Massimiliano Persico, we will have to wait more than 10 years for such ecological solutions. However, this does not change the fact that modern packaging is becoming more and more environmentally friendly, e.g., tack-free options. The market for unit packs – paper, film or mesh – will continue to grow due to consumer expectations. This trend is reaching our country. Poles, like the inhabitants of e.g. Italy or Great Britain, are looking for the so-called “packaging for once”. 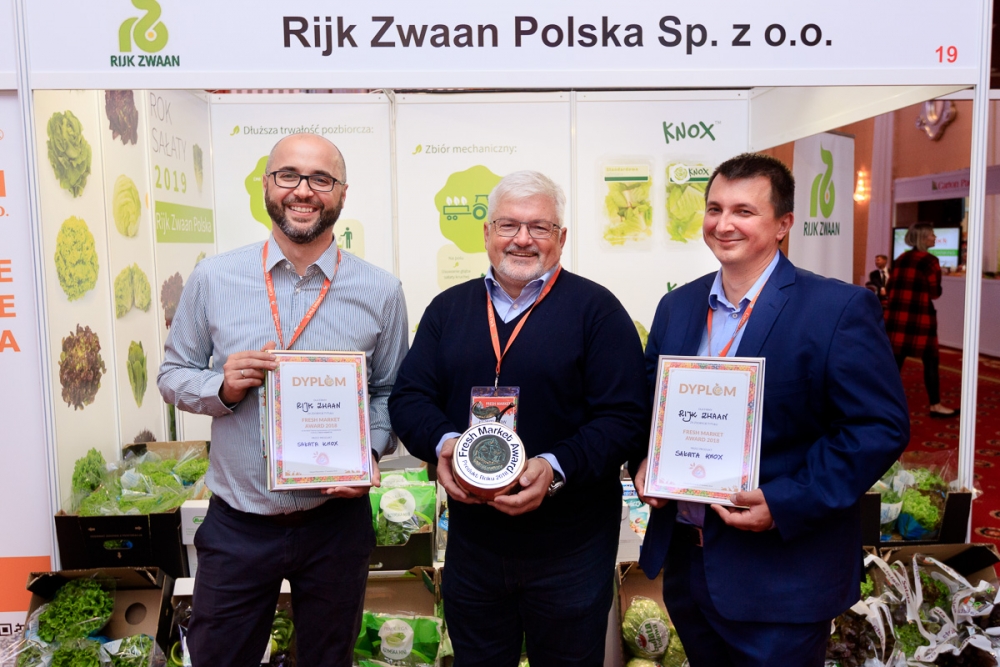 At 3 p.m., the winner of the Fresh Market Award 2018 was officially announced. The title was won by Rijk Zwaan Poland for its innovative Knox™ formula, which extends the freshness of lettuce after harvest, benefiting producers by reducing waste and storage costs, and retailers by extending product freshness.

Immediately afterwards the Cocktail Dinner Party began, where the participants, in an informal atmosphere, accompanied by the sound of a piano and enjoying great food, continued business talks and established contacts in the industry.

The organizers tried to create the best possible conditions for the participants to focus exclusively on the business goal. A package of practical information was prepared, translation receivers as well as the support of professional translators were provided. All guests could use the breakfast buffet as well as hot and cold drinks. They were also invited to lunch. Throughout the conference they could count on the support of Matchmaker, who helped them to reach the representatives of a particular company and arrange a meeting. Producers and exporters interested in cooperation with retail chains not present at the Fresh Market 2018 conference can contact them via an innovative communication platform: freshka.eu. 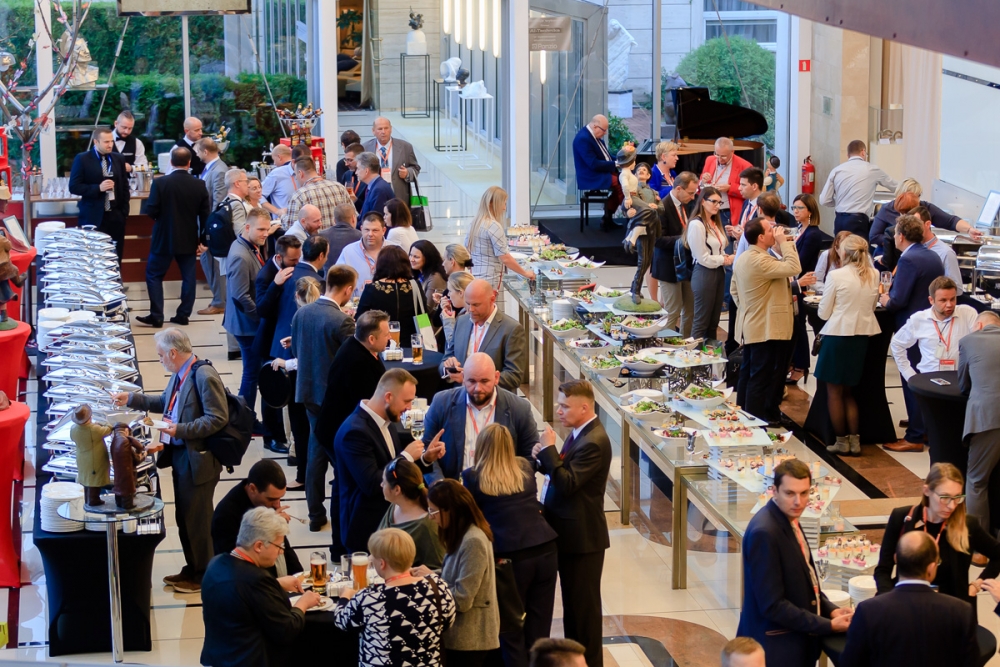 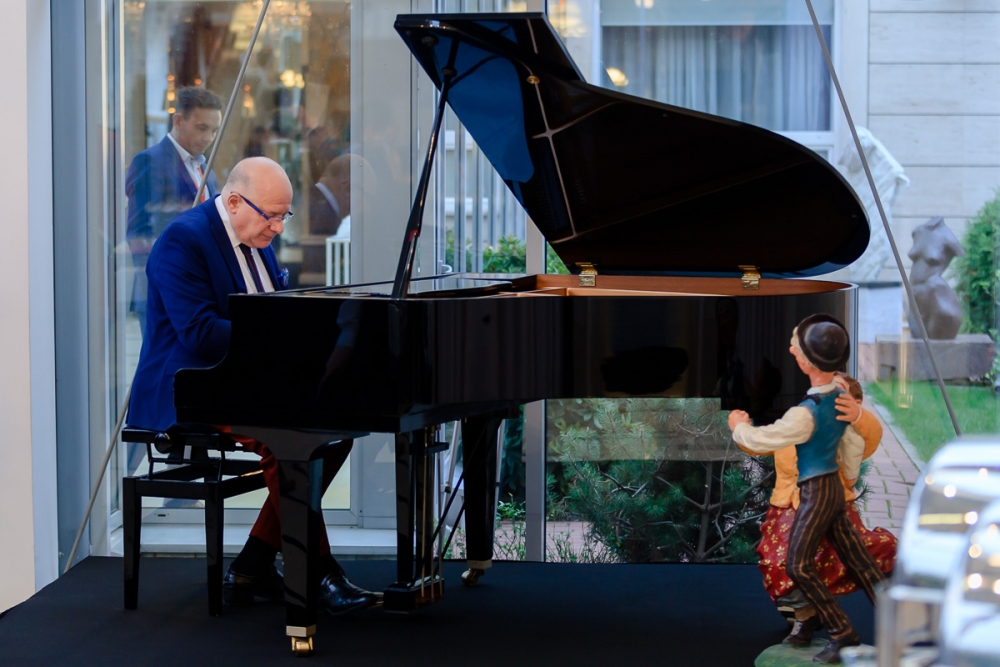 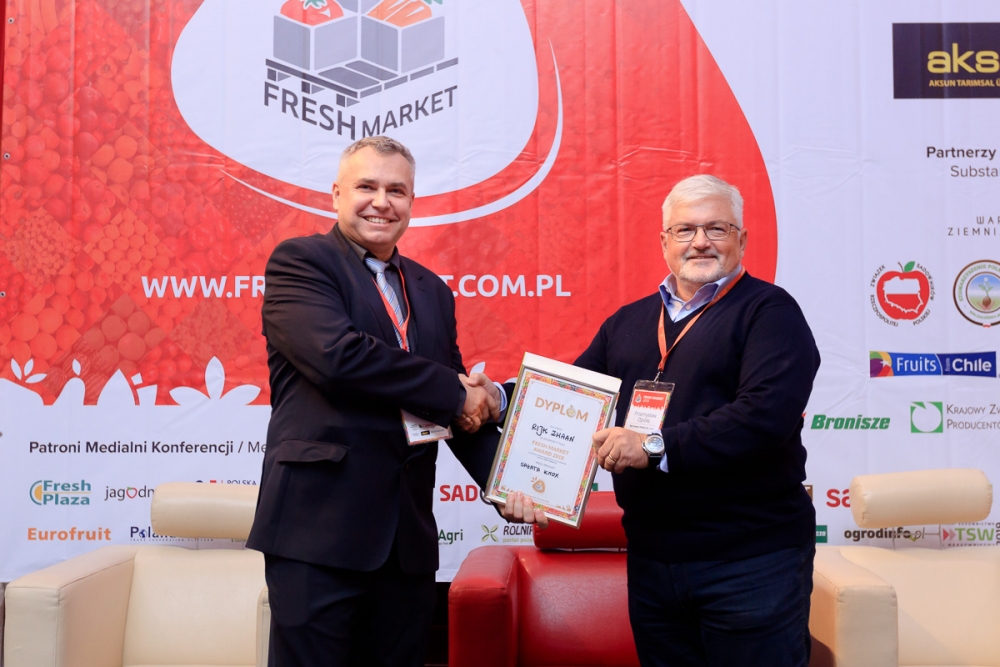 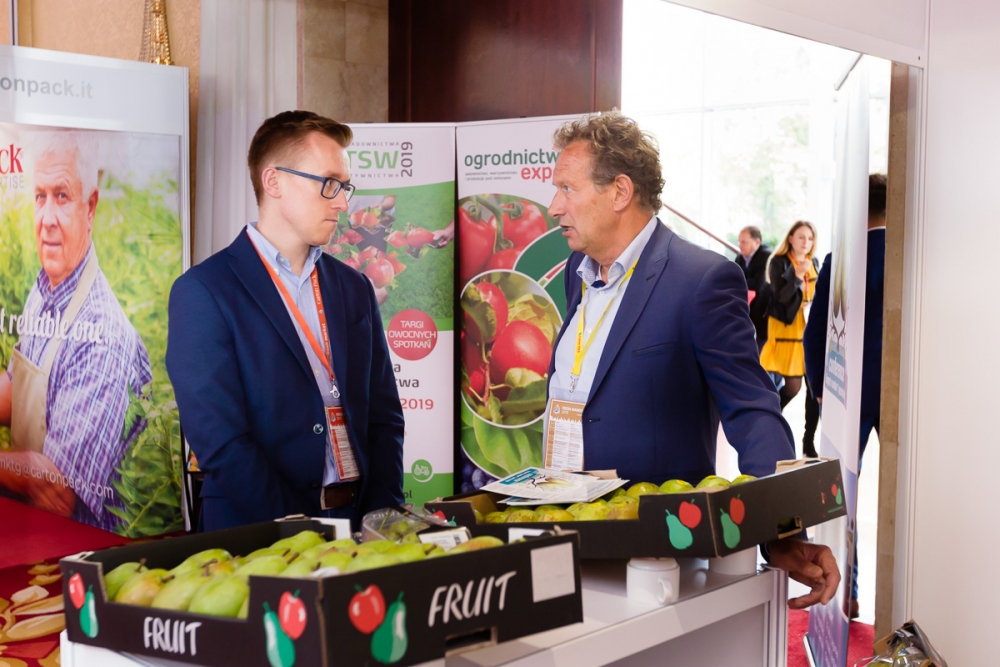 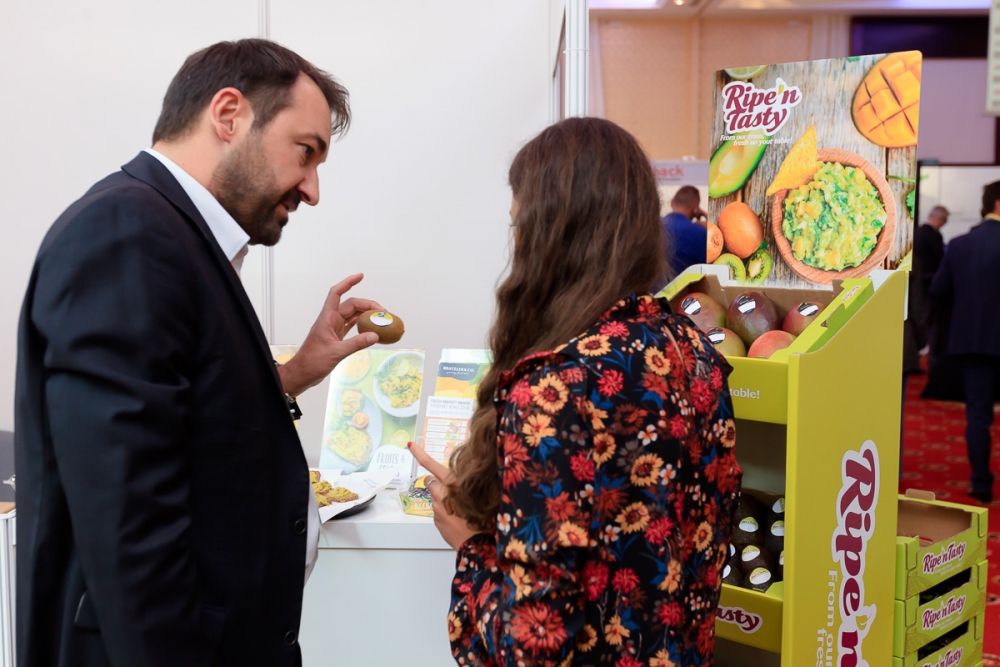 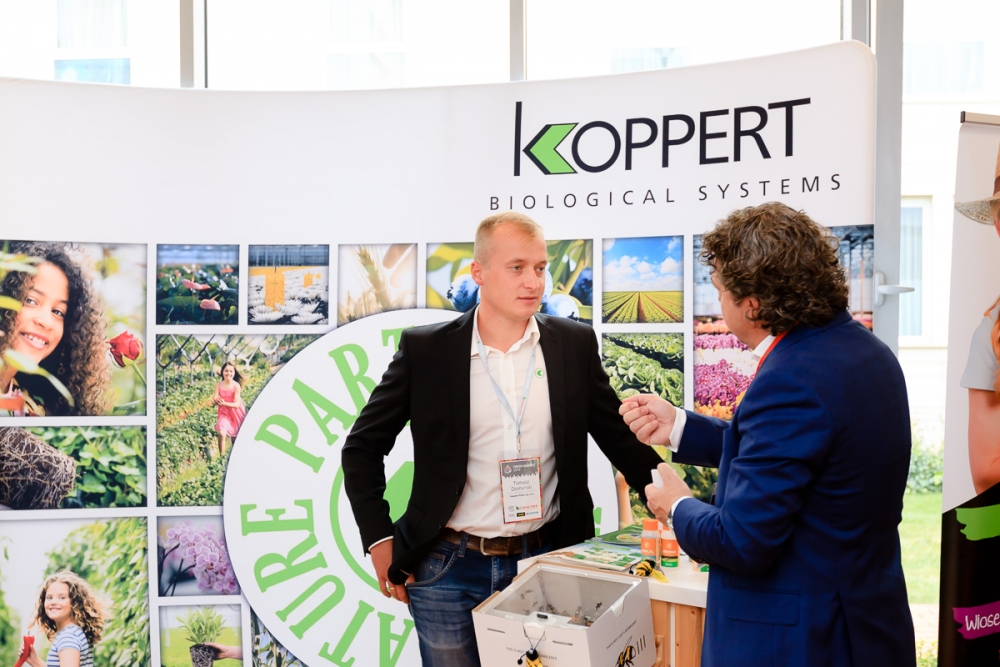 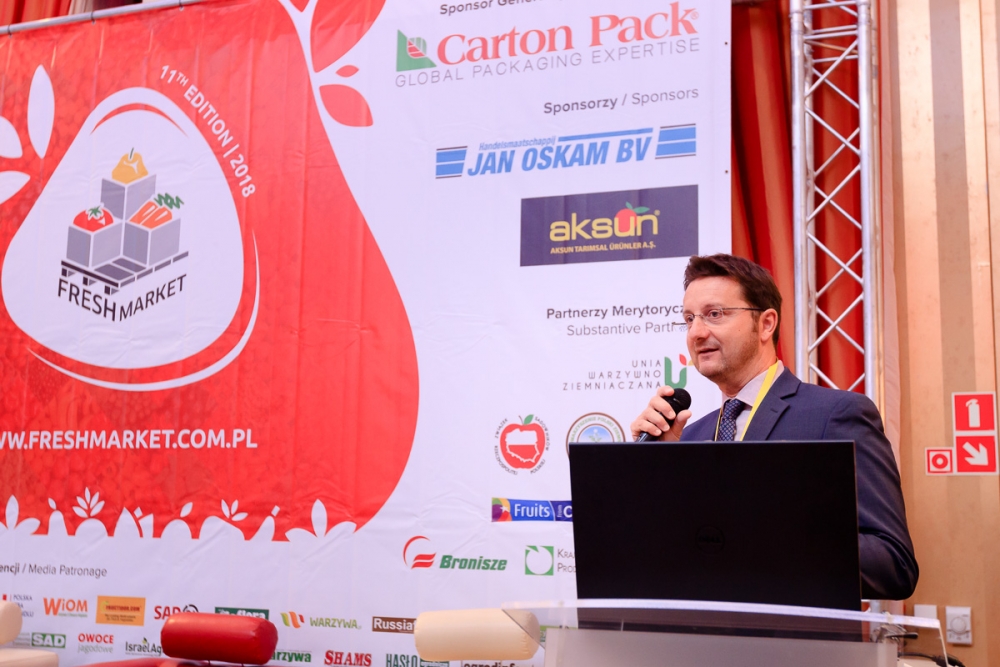 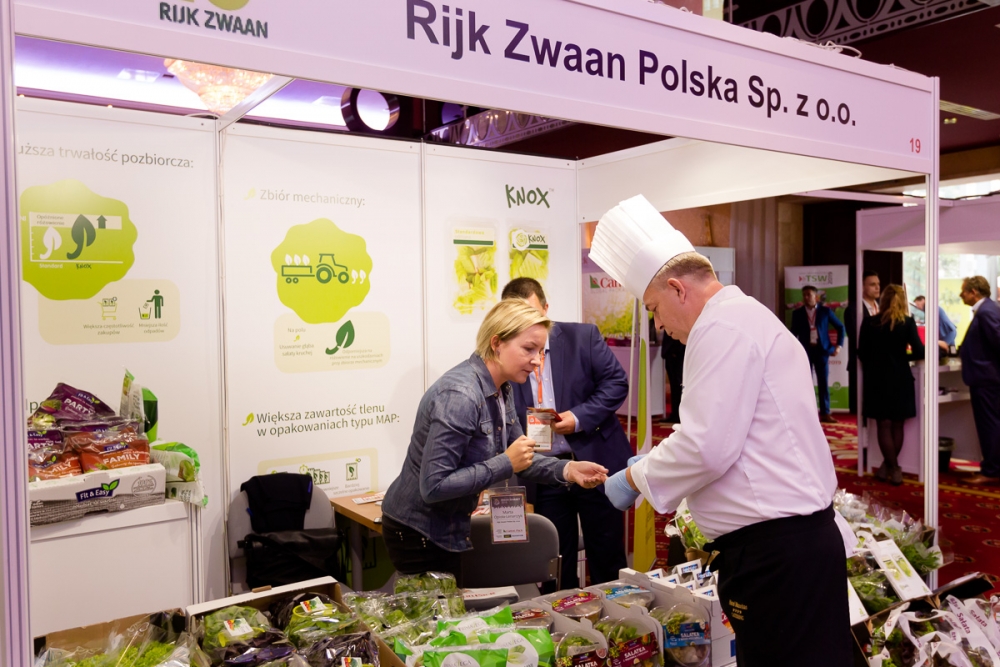 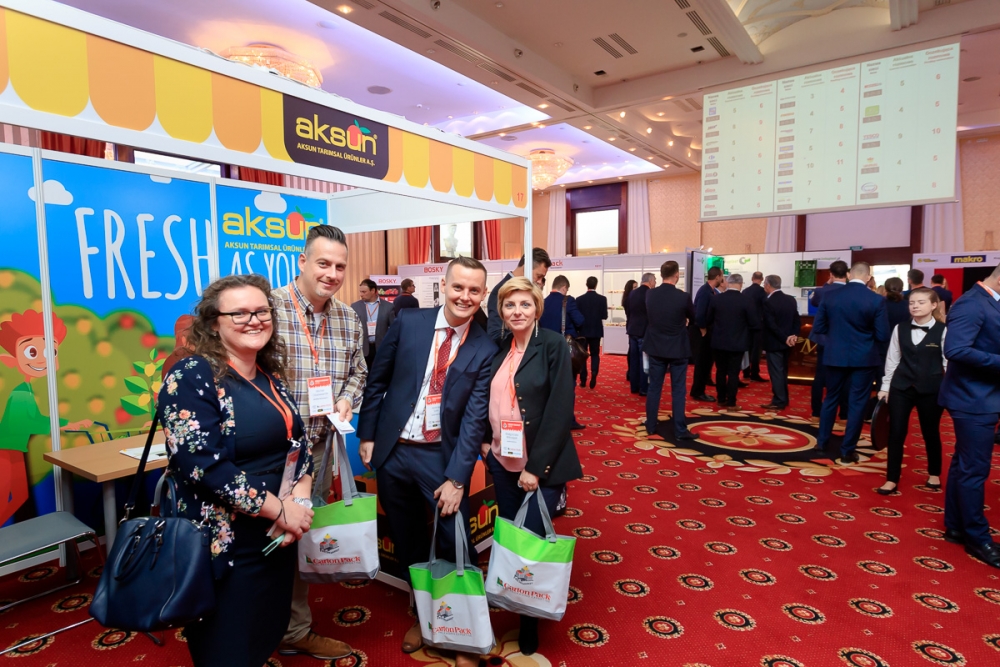 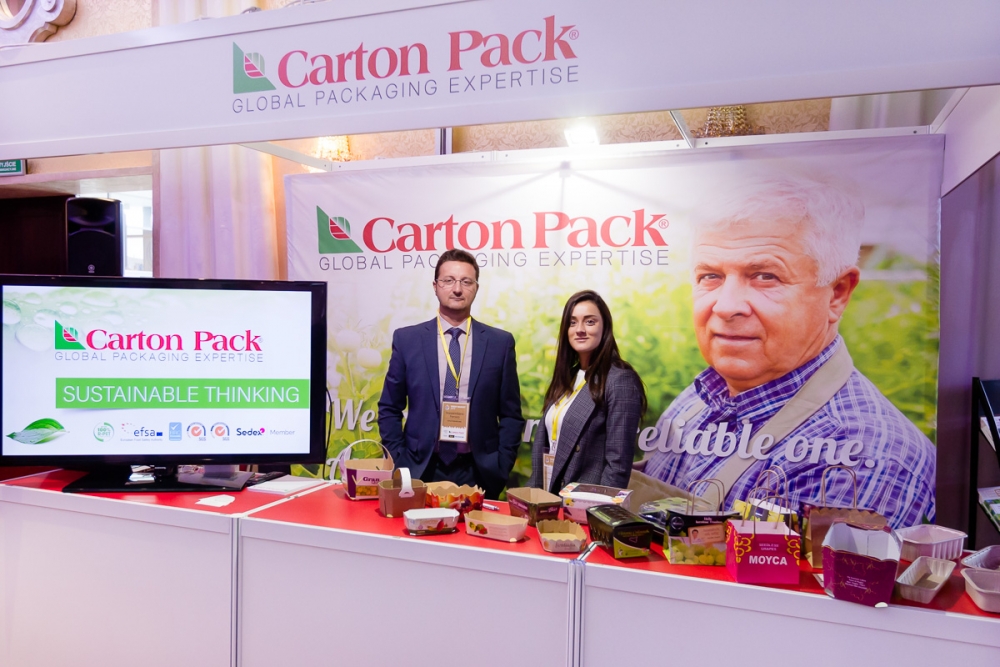 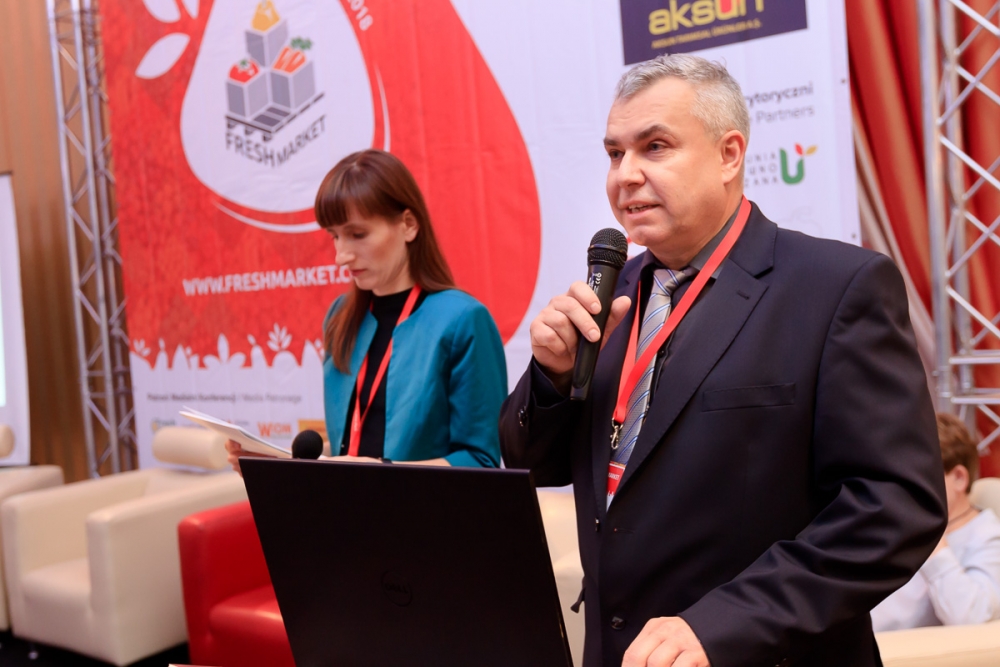 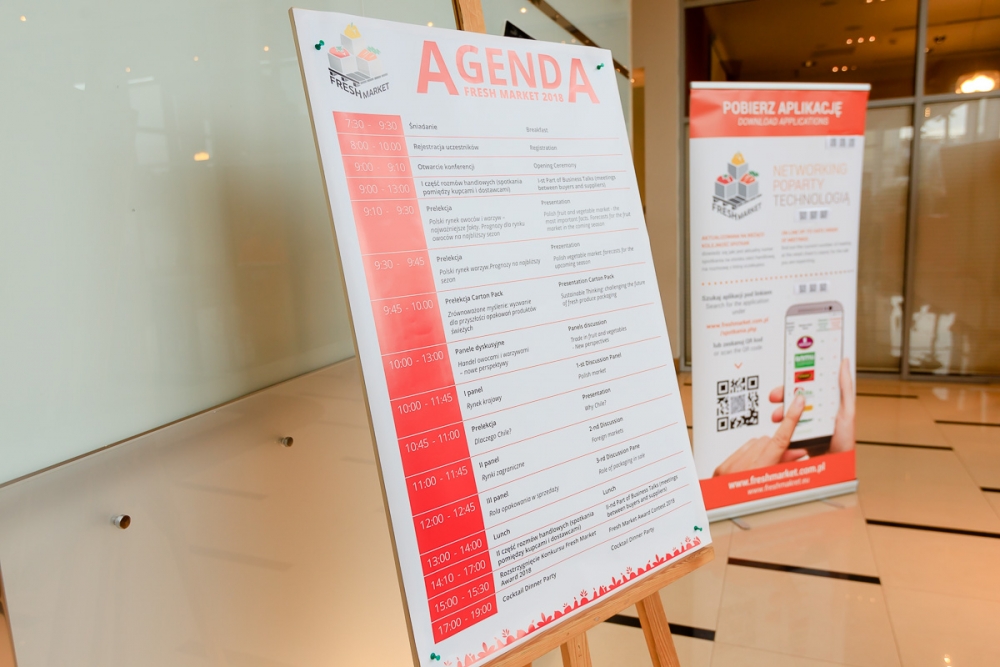 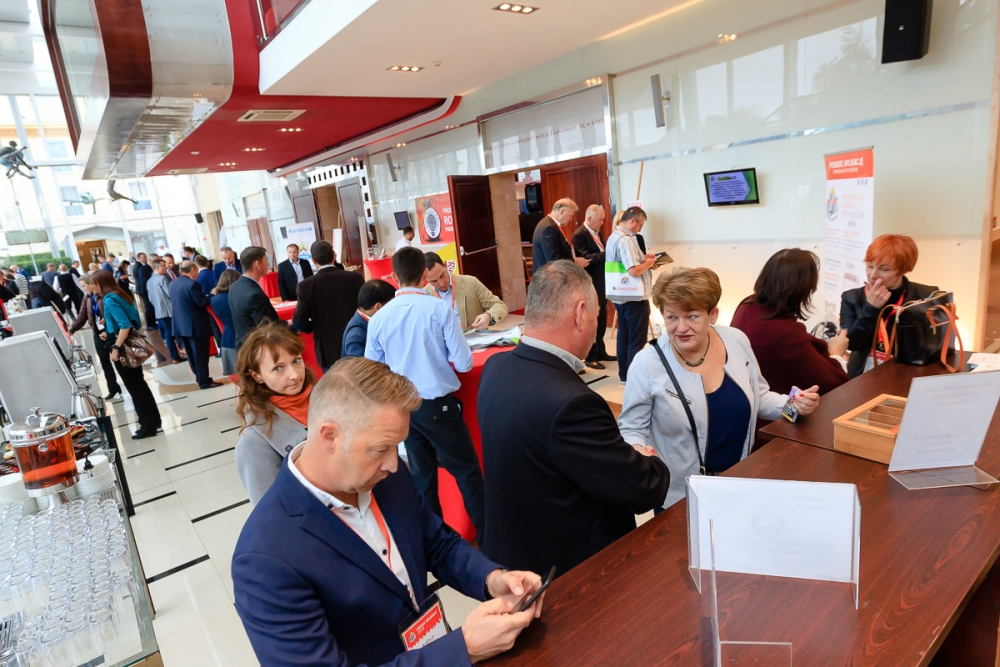 By submitting your email you agree to our Terms & Conditions.